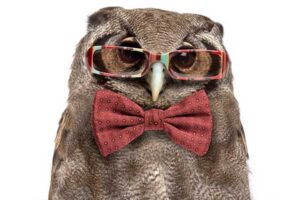 Can keeping owls at home a good option?

You may have the air of a pet and would like to raise an owl as pet, but it should be noted that the owl is not like a parrot, emerald or Budgerigar to play with you or like a nightingale and canary Sing to you, they are primarily wild birds and secondarily they are birds of prey and they can be attacked at any moment. So with these interpretations, the owl cannot look like a desirable pet. In the following, we will mention the logical reasons for the impossibility of raising owls at home.

Can keeping owls at home a good option? Perhaps you have ever considered looking at an owl as a pet, if you have such ideas in mind, you should know that apart from the important human point and harm to wild animals, you will have ahead many problems.

Keeping owls at home may seem interesting at first glance, as many movies, books, and TV shows portray owls as very kind, intelligent, and warm-hearted pets. Can owls be part of pets, as they appear in the movies? And if so, how are they properly cared for? Can one of them be kept in ordinary parrot cages and used for feeding seeds and other commercial bird food?

You might think of feeding an owl like a parrot or a Budgerigar feeding on grains, vegetables and pellets. While the reality is that keeping an owl at home requires the daily purchase of meat for it, because it is a bird of prey by nature and nothing but meat means food to it.

In addition, they are very dirty and tend to cut them into pieces when eating meat, so if your owl is in a cage, you should clean his cage 3 to 4 times a day, and given that the meat rots quickly imagine the stench of a bird cage.

Keep owl as a pet

Keeping owls at home requires a lot of space

It is true that owls are a popular pet in books and movies, but this is not the case and they are not a good choice for pets. The problems caused by their guardianship make leaving them in the forest the best possible option.

People who are new to this route cannot keep owls in standard parrot cages. They should be kept indoors or in large cages that are accessible to the outside world, and such an environment requires a clean bath because owls bathe regularly to keep their feathers clean.

These birds fly in silence, and if their feathers and pillows are not clean, they make a noise that is harmful to their prey and causes them to flee, and if they really have the physical ability to fly, they must fly regularly. And in fact it can be said that owls cannot stay together and keeping owls at home will be difficult.

Most owls are independent creatures

These birds are predators that live and hunt independently. Unlike large birds such as Blue-and-yellow macaw or Sulphur-crested cockatoo, owls do not live in groups in the wild, which is why they do not treat other birds in a friendly and social manner.

Having a group mentality means that, for example, a parrot can be successfully integrated with human families, and since owls do not have such a mindset, they accept everyone except the person who is themselves a mate. , See the prey and the enemy and most likely attack them.

On the other hand, because owls mate for a living, if a human cares for them, they may become depressed to the point of death, which makes it an option to keep owls at home.

The owls’ diet is a good reason not to choose owls as a pet. Because these birds have their own hunting techniques, they are not satisfied with fresh foods such as fruits and vegetables, seeds, and…. In fact, owls do not recognize any of the above as food.

Keeping owls is illegal in many parts of the world. Those who decide to break the law and keep an owl anyway will have ahead many problems. If the bird becomes ill, there is usually no choice but to take it to a veterinarian who specializes in birds.

The veterinarian has no special training to treat these amazing birds. Taking an owl to a veterinarian puts an illegal owner at risk of being caught, fined and possibly imprisoned. because to become the owner of a carnivorous bird, you must have a certificate and a license and extensive training.

If you are interested in owls, you can support one of them at the Wildlife Care Center. If you are looking for a good pet bird, it is better to choose a parrot. Parrots do much better than owls to live with human families.

Owls are carnivorous creatures that feed on rodents such as mice, small rabbits, guinea pigs, quails, and small chickens. Be.

Owls, like all birds, can be quite dirty, so cleanliness after eating is another problem that most people with a stomach ache or poor appetite face.

As carnivores, owls have beaks and claws that are specifically designed to tear pieces of meat, and if they are upset and dissatisfied for any reason, they can harm their owners. On the other hand, they are destructive and can separate and destroy everything in the environment.

If these birds are kept or found, it is best to hand them over to your city’s environmental office as soon as possible.

We have a better suggestion instead of keeping owls at home:

If you are interested in keeping owls at home, you can support one of the wildlife care centers financially and if you want to have a bird with you, you can use a parrot because it is very suitable for living with humans. They are more suitable than owls.